As believers, we know we already have eternal victory over Satan and demons, but did you know that we can be delivered from their influence in our lives here on earth? Hurt and pain can keep believers from walking fully with the Lord, ushering in confusion, brokenness, loneliness, double-mindedness, rage or any number of other destructive mind-sets or behaviors. Hurt and pain are often tactics the enemy employs to prevent believers from being who they were created to be.   Satan’s intent is to steal, kill and destroy.  Jesus came to break and block the Devil’s intent to hinder us.  Jesus secured your freedom from the enemy of your soul at Calvary – so that you can live the abundant life given by His grace – so that you can be blessed to be a blessing to others.

The ministry of deliverance is about bringing spiritual victory so that God’s children can walk in the freedom that only Christ can bring.  It is about Jesus restoring you to who you were created to be.  It’s about Jesus bringing you a more abundant life.  It doesn’t matter what you call it – demon influenced, possessed, oppressed, etc. – it’s still deliverance and healing.  It is the freedom from the influence of Satan and becoming whole, as God created you to be.

Our deliverance ministry aims to help people to heal and move towards wholeness, holiness – to help our brothers and sisters walk in authentic Christian liberty in the spirit and on earth.  In other words: to walk in the freedom that only Christ can bring.

I have given you jurisdiction over hell. You are equipped to go into the corridors of hell and set the captives free. Many are walking as dead men and I need those completely sold out to me that will go into the throes of hell and pull them out and set them on higher ground so they can one day sit in Heavenly Places. My children use every weapon available to you and go forth and set the captives free. This is time for the great harvest that I speak about in My Word. As you go forth wielding those weapons; I will be with you and My anointing shall break every yoke of bondage.

Jesus came to set us free.  Today He calls us to do the works He did

As Jesus was sent fourth to preach deliverance to the captives, “The Spirit of the Lord is upon me, because he hath anointed me to… preach deliverance to the captives…“(Luke 4:18), so we are also sent out , “Then said Jesus to them… as my Father hath sent me, even so send I you.“(John 20:21) to do the works He did , “He that believeth on me, the works that I do shall he do also…“(John 14:12), and this includes casting out of devils (Matthew 10:8).

How do I know if I need deliverance assistance?
Over the decades we have been ministering, we have noticed that no two situations are alike.  This is why it is of utmost importance that our deliverance minister and team intently listen to the Holy Spirit, walk in unity, and be guided to the truth by the Holy Spirit in each moment.  Our team walks closely and obediently with the Lord and has been blessed with revelation knowledge to equip them for each work.  That said, we understand that it may be helpful to read some situations where deliverance may be necessary.  We share a few below, but please remember that these are meant to provide just a few examples – the Holy Spirit must be your guide.
What might happen during a deliverance prayer session?
Below is a description of some things that occur during individual deliverance prayer sessions.  A person might experience just one, a combination, or all:
How can I contact the Deliverance Ministry? 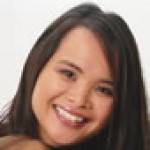 When the Lord brought it to my attention that I needed deliverance, I was surprised, and maybe even offended by the notion. I thought “I’m NOT demon possessed.” As I prayed about it some more, I was shown that there was an issue that I struggled with most of my adult life that I thought was under control. The Lord sent Rev. Alan to tell me that sometimes these things just ‘lie and wait.’ I still was not convinced. Well, it was not long before a very stressful situation arose and I could feel this sudden anger rise up. I did not want to bark out mean angry words, yet I did anyway. I felt powerless to control the ugly words coming out of my mouth and became very defensive. A while later, I finally admitted that I needed help to overcome this once and for all, so I decided to schedule a session with Rev. Chris, Bro. Brett, and Rev. Alan at the Lighthouse. I am so glad I did. The Lord healed wounds from my childhood that I did not even know that I carried. When my love failed and I could not reach that place of forgiveness, in His grace, He poured out His love and flooded my heart to overflowing so that I could forgive and be free. Within a couple of weeks, I could feel this anger trying to come upon me, but it was different this time. For the first time, it felt outside of me rather than in me. Previously, I could identify what was happening, but I felt powerless to stop it. After my deliverance at the Lighthouse, I recognized what was happening and COULD stop it. It felt wonderful to simply say “no” to this anger and it just went away.

Later, He showed me that there was a generational curse going back 30 generations that was holding me back. I praise the Lord every day for sending me to the Lighthouse and giving me a freedom so much deeper and amazing than I could even imagine. The Lord is faithful and full of goodness! While there was much pain that was raised, the very moment I decided to give it over to Jesus (and mean it), He took it and did all the hard work while I rested in the safety of His shadow. He took that suffering and pain and hurt and replaced it with His love, and I am forever changed, glory to God![/quote] 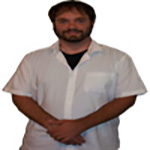 As a deliverance minister for over 4 years, I have been blessed to witness the miraculous power of the Lord Jesus Christ setting captives free from literally tens of thousands of different types of bondages, curses, oppressions, witchcraft attacks, regions of captivity, soul invasions and mindsets.

The Lord Jesus is constantly giving the team more revelation into the deeper aspects of exorcism and deliverance. We have seen God set people free in the deepest regions of their minds, mindsets and thought patterns as well as removing the deep roots of pain and trauma that evil spirits    hide behind – to bring forth healing and wholeness.

God desires to heal, cleanse and restore that which the enemy has stolen and set the captives free from demonic strongholds, bondages and spirits; with the expectation that we will do our part to remain free and live in holiness and righteousness before the Lord. All honor and glory goes to God!